by Amanda Conschafter – Published by Institute for Patient Access

We want to bring another upcoming free webinar by AACHC to your attention:

Jason Wolf, President of the Beryl Institute, a global community of practice and premier thought leader on improving the patient experience in healthcare, will be leading the second webinar of this three part series on the changing healthcare landscape. Jason will broadly discuss how patient experience is defined and will provide a detailed overview regarding the fundamental concepts and skills.

The PACIF procedure, which destroys or removes tissue in the suprapendicular area, might be a safe and effective way to treat common low back pain, a new study suggests.

Researchers from the Texas Tech University Health Sciences Center, in Lubbock, started developing the PACIF (Percutaneous Ablation, Curettage and Inferior Foraminotomy) procedure after noticing that the majority of their patients’ low back pain could be reproduced in the L4-L5 region of the spine. Epiduroscopy of the area suggested that the likely source of the pain was not the nerve roots or disks, and that it might be a “sensitization of a peridural membrane in the suprapendicular area of the lumbar vertebral.” The researchers found that targeting this membrane helped to relieve pain, even for some patients who had chronic pain for more than five years.

by Melissa Swanson – This is My Life: Survivng Fibromyalgia

I was chosen from 102 applicants to be one of the 30 newest members of the Leaders Against Pain. I had made it through the application/acceptance period, travelled to Salt Lake City, Utah and climbed Ensign Peak.  I was ready to get to know my fellow advocates.

Quite honestly when the agenda had been sent to us I really didn’t know if I could do it. Each day we were scheduled to start with breakfast at 8 a.m. and go pretty much non-stop with speakers or activities as late as 9 p.m. This was going to be tough. Since starting my new job in September once I get home from work I lay down for an hour or 2 nap before dinner and family activities.

How was I going to survive sitting in an office chair for all of those hours? 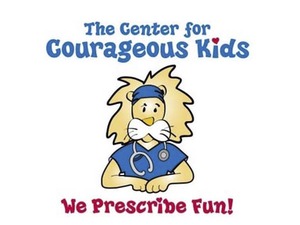 The Coalition Against Pediatric Pain (TCAPP), RSDSA, and the US Pain Foundation have partnered with The Center for Courageous Kids in Kentucky and have pooled resources to create a camp for kids in pain. This will be a family camp that will take place at The Center for Courageous Kids in Scottsville, Kentucky from July 14-17th, 2015 and is free of charge. It will be a time for families and kids that deal with daily pain to kick up their heels and have fun in a safe, accepting environment.

To learn more about the camp location and what they have to offer, please visit The Center for Courageous Kids website.

As previously reported, the Consumer Pain Advocacy Task Force (CPATF) formed in 2014 and is a coalition of 16 consumer organizations working to improve the well-being of those living with pain.  PAINS is a member of this important coalition. The CPATF  is united with one goal – to work collectively to promote, support and monitor the implementation of the National Pain Strategy (NPS).  When the NPS Report is released for Public Comment, the CPATF is joining forces to mobilize a robust response from people with pain and advocates from across the country.

with Keith Wailoo, A Historian’s Take on Building a Culture of Health. 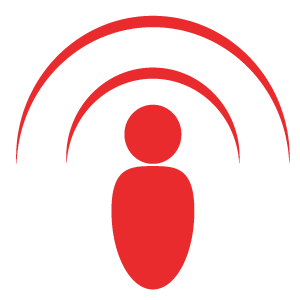 This podcast is 6th in a series exploring “Pioneering Ideas, | What if? Shifting Perspectives to Change the World.”  Keith Wailoo is a medical historian, Princeton educator and author of the recently released book,Pain: A Political History.  Wailoo will be one of the speakers at PAINS’ National Pain Strategy Collaborator Meeting in DC, June 29-30th. Also see a review ofPain: A Political History by Richard Payne, MD, Medical Director of PAINS.

Published by The Joint Commission

Revisions to the Provision of Care, Treatment, and Services standard PC.01.02.07 – which addresses pain management – will be effective January 1, 2015. Following an extensive literature review, The Joint Commission revised the rationale and added a note to element of performance (EP) 4. Clinical experts in pain management provided feedback on these revisions and guidance on the future direction of pain management. The experts affirmed that treatment strategies may consider both pharmacologic and nonpharmacologic approaches. In addition, when considering the use of medications to treat pain, organizations should consider both the benefits to the patient, as well as the risks of dependency, addiction, and abuse of opioids. The revisions (below) will appear in the 2014 Update 2 to the accreditation manuals. Similar revisions are scheduled for the behavioral health care program (in the “Care, Treatment, and Services” chapter) with a July 1, 2015, effective date and will be published closer to that date.

Tomas Young spent five days as a soldier in Iraq before a sniper shot him, severing his spinal cord and spiraling the young man toward what would eventually be a painful, early death.

That death came early Monday morning. Young, 34, had lived 10 years with his tremendous injuries. Ten years during which he showed America what valor looks and sounds like.

The former Kansas Citian became an internationally recognized figure, a wounded veteran who pressed the issues that all Americans need to ponder about war.

Recently, I attended a National Forum on Prescription Opioid Abuse in Tampa, Florida convened by Trust for America’s Health (TFAH) and the Community Anti-Drug Coalitions of America (CADCA).  There were about two dozen participants, including leaders from addiction advocacy groups, Florida’s Attorney General, academics, representatives from CDC, the National Institute on Drug Abuse, the Office of National Drug Control Policy, the National Governor’s Association and other important prominent organizations and me.  I was invited to represent PAINS.

We all know that both the under-treatment of chronic pain and the rising problems associated with addiction are both important public health issues.  We also know that as prescribing rates for opioids to treat pain have increased so has abuse of and addiction to prescription pain medications.  There is a clearly a corollary relationship.  Unfortunately, many have attempted to argue that increased efforts to treat chronic pain have caused increased addiction.  There is no data to substantiate these claims, and in fact, in the last two years we have seen a decrease in the abuse of opioids but not in addiction.

From my perspective, these two important public health issues have often been pitted against one another and there has been a certain amount of tension between those advocating for better chronic pain care and those advocating to reduce the supply of opioids in an effort to reduce their abuse and unintended deaths associated with them.  When I accepted the invitation and saw the list of attendees, I promised myself that I would listen carefully, learn all that I could and try to identify common ground from which we might work together.

A matrix of possible policy strategies was distributed at the meeting that had been developed from a survey participants had completed prior to the meeting.  There were 16 strategies in five categories.  When I reviewed it, I was struck by the fact that at least a third of them are policy matters PAINS is interested in, e.g., “improve data collection and analysis surrounding abuse-related deaths to better understand the full scope of the problem,” “enhance Prescription Drug Monitoring Programs (PDMPs) to improve interoperability and ensure they display real-time information,” and “develop non-opioid-based pain medications.” In addition, with minor modifications, I believe many of the other proposed strategies would be embraced by the pain advocacy community.

During the meeting, I commented that I was reminded of a book by political commentator Morton Kondracke titled Saving Milly written more than a decade ago.  In it Kondracke tells a compelling story about his wife’s 13 year battle against Parkinson’s Disease; he also described the battle between members of the Parkinson’s Action Network and other disease activists competing for public attention and badly needed research funding.

I heard Morton Kondracke speak more than a decade ago and still remember tender details about the love story between two unlikely partners, Millicent Martinez — a Mexican-American-Jewish radical liberal and Morton Kondracke — a fiery and ambitious conservative, and the challenges that  they faced together after her diagnosis.  However, I also remember his compelling story about how when advocacy groups quit competing with one another and joined hands they were actually able to convince Congress to double NIH’s budget.  They all won.   I am convinced that it is time for those of us advocating for better pain treatment and those of us fighting hard to reduce the number of unintended deaths associated with opioid abuse to join hands and work together for a healthier society.  We are pleased to share with you that Jeffrey Levi, CEO of Trust for America’s Health, will speak at PAINS’ conference in June to share his ideas about ways we ought to work together to promote the National Pain Strategy Report and advance both of these important causes.